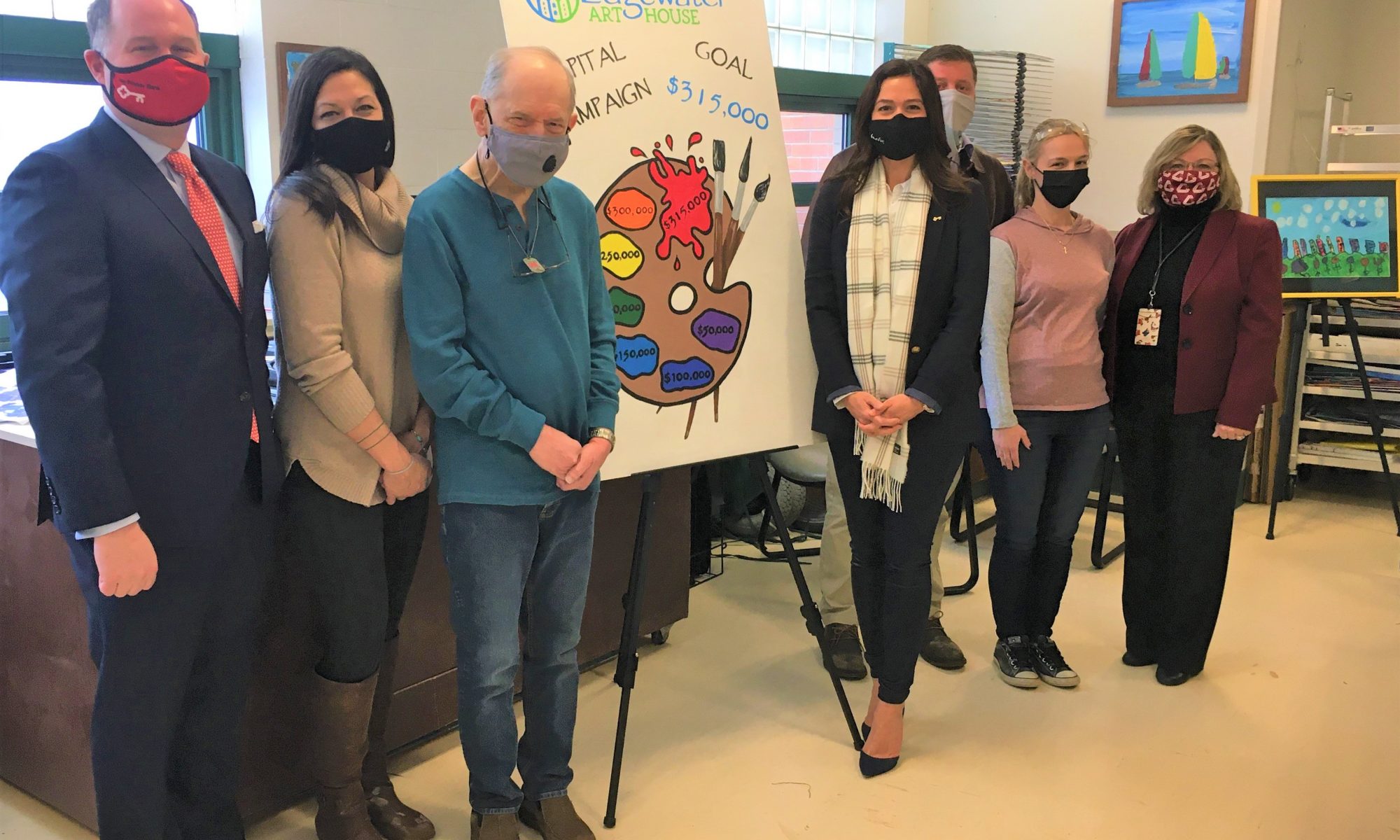 People with disabilities will have the opportunity to express themselves through art thanks to KeyBank and the First Niagara Foundation.

Officials at The Resource Center announced they have received a $200,000 commitment from KeyBank in partnership with First Niagara. The money will be used to create the Edgewater Art House, which will be the new home of The Resource Center’s award-winning art program for people with disabilities.

“We are thrilled that KeyBank and First Niagara Foundation have provided this generous funding to move us closer to our dream of creating the Edgewater Art House,” said Denise Jones, TRC’s Executive Director. “We are grateful that KeyBank and First Niagara recognize the important role the arts play not only in providing fulfilling lives to people with disabilities, but also in expanding our community’s cultural vibrancy.”

“We at KeyBank are very proud to support the work being done at The Resource Center to provide individuals with disabilities access to multiple art forms that will help foster vital social and emotional skills,” said Elizabeth Gurney, Executive Director of the KeyBank and First Niagara Foundations. “The new Edgewater Art House will fill an important need in the Jamestown community for those with diverse skills and abilities by creating opportunities for self-expression and inclusion that will help lead to long-term success in school, work and life.”

The Edgewater Art House will be developed on property The Resource Center owns on Eighth Street in Jamestown, adjacent to TRC’s Edgewater Day Habilitation Program that opened last year. An existing structure will be renovated to create the Edgewater Art House. The facility will offer many opportunities for art classes including painting, drawing, mixed media, and ceramics.  A gallery space will allow those participating in the art classes to showcase their art.

Art has been a hobby and passion of people with disabilities for as long as The Resource Center has existed. When TRC’s first educational classes began in 1959, arts and crafts were key components of daily lesson plans. Art has remained an important facet of The Resource Center over the years, providing people with disabilities the opportunity to express themselves in ways they might not be able to convey with words.

To give more people the opportunity to experience the arts, in 2007 The Resource Center collaborated with area arts organizations and independent artists to offer classes in painting, mixed media, dance/movement, drama, music, and song writing. The results were tremendous and convinced TRC to add a full-time art instructor to its staff. In the ensuing years, works created by people with intellectual disabilities at TRC have been featured exhibits locally and across New York State, and some of the artists have won awards.
The success of its art program led The Resource Center to want to expand the program. But because the program is currently housed within a state-certified facility at 75 Jones & Gifford Avenue, only people enrolled in TRC’s Day Habilitation Program can participate. Since the Edgewater Art House will be a non-certified site, it can be used by people with intellectual disabilities who do not attend TRC’s Day Habilitation Program, as well as by people who participate in TRC’s behavioral health programs.

The Resource Center set a goal of raising $315,000 in order to begin construction of the Edgewater Art House. The commitment from KeyBank and First Niagara, coupled with contributions from The Lenna Foundation, Filling the Gap, Inc., and many private donors from among The Resource Center’s staff and the community, have enabled the capital campaign to reach its target. The Resource Center is working with architects to finalize design plans before seeking bids for the project. Renovation and construction work is expected to begin in late spring.

Besides giving more people with disabilities the opportunity to create art, the Edgewater Art House will benefit the greater Jamestown community. The Edgewater Art House, which will be located along the Chadakoin River across from McCrea Point Park, will aesthetically complement the city’s ongoing waterfront revitalization efforts. 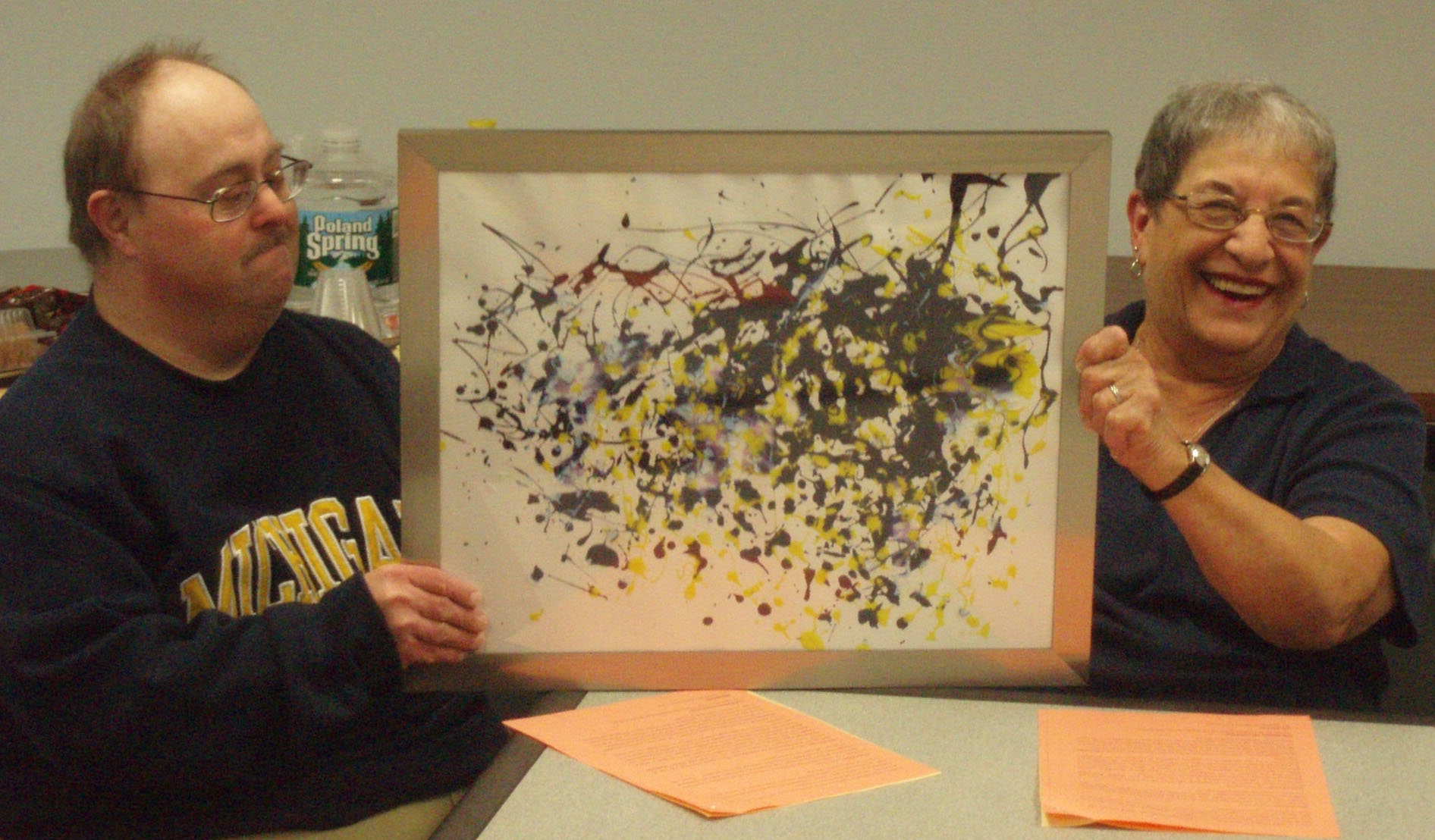 We’ve all been there. Your child comes home from school, and you ask what happened in class today. “Nothing,” your child replies.

Or your husband comes home at the end of the day. “How was work?” you ask. “Fine,” he says.

In both cases, you’re looking for details, but they don’t offer any. So, you’re left to assume that nothing much of interest had happened.

So it was with Barb Carr of Dunkirk back in 2008. At the time, her brother Douglas attended The Resource Center’s Day Habilitation Program in Dunkirk. Doug would call Barb twice a day, including shortly after he arrived home in the afternoon from his Day Program. Whenever Doug called, Barb would ask what he had done that day.

“Nothing,” was Doug’s standard answer.

But Barb knew better, for she was aware that her brother was involved in a variety of activities at his Day Program. Those activities included artwork, so when the Day Program held an art show in the summer of 2008, Barb and her daughters went there to check things out.

Arriving at TRC’s building on Lake Shore Drive, Barb and her daughters were struck by the marvelous paintings created by the people with intellectual disabilities who attend the program. When it was time to go and see Doug’s artwork, Barb was a bit apprehensive.

“We had seen so much talent from the other artists, and I wasn’t sure exactly what to expect from Douglas,” Barb recalled. She explained that while Doug occasionally had colored an image in a book or strung together some beads to give as gifts, he never before had exhibited any artistic talent. So Barb was not prepared for what she saw when shown Doug’s paintings – wonderful works of abstract art.

Barb was asked if she and her daughters had noticed the large painting hanging on the wall at the entrance to the Day Program. Taken back to that spot, they saw another abstract painting, also created by Doug.

It was more than Barb could handle.

“I just started crying,” she said. “We didn’t know he had it in him. We were all just absolutely amazed.”

For his part, Doug was proud of his family’s reaction.

“He had a smile from ear to ear,” Barb said. “He was so proud. He was like the peacock with his feathers.”

Barb and Doug’s mother had been unable to attend the art show, so Barb immediately called to tell her about Doug’s painting talent.

“You’re kidding me,” their mother said.

This Kodak moment among Doug and his family serves as an example of the miraculous power of art. Particularly for people with disabling conditions, many of whom may not be able to shine and excel in other areas, art provides an outlet for individuals to display their creative sides and express their feelings. The Resource Center’s art program has provided opportunities for Doug and many other people with disabilities to develop into talented artists.

Please help us provide more opportunities for people with disabilities to create amazing art. Click here to make a donation to the Edgewater Art House, the future home of our art program.

(NOTE: Douglas Adamczak passed away in December 2018 at the age of 60. In addition to being an artist, Doug was an avid sports fan who occasionally contributed a sports trivia column for inclusion The Resource Center’s staff newsletter.)

CAPTION:
Douglas Adamczak and his mother, Janet, display one of his paintings.

This year for #GiveBigCHQ, The Resource Center is asking for your support with the next step of our growing art program for people with intellectual and developmental disabilities.  We are seeking donations to help finance an exciting new venture – the Edgewater Art House.

The Art House will be situated along the Chadakoin River on Eighth Street, adjacent to the Riverwalk and across from McCrea Point Park.  This location is frequented by people traveling the walking paths, boating and fishing on the lake, and using the park for recreation.  The Art House will allow indoor/outdoor classes to be held on a patio overlooking the waterfront.

The Edgewater Art House will include many opportunities for art classes, including painting, drawing, mixed media, and ceramics.  A gallery space will allow those participating in the art classes to showcase their art.

What began as simple painting projects has grown into ceramics, clay, print-making, jewelry-making, and more.  Works of art produced by artists with disabilities at The Resource Center have been showcased at venues locally and throughout New York State.  This attention has resulted in our art classes becoming extremely sought after, and we have been inspired to reach beyond just our programs and into the community as a whole.

Please consider GIVING BIG to this great cause that is sure to become a wonderful community resource.  Click here to support the Edgewater Art House!

Welcome to the next development of The Resource Center’s growing art program – the Edgewater Art House.  Please show your support by making a gift today!